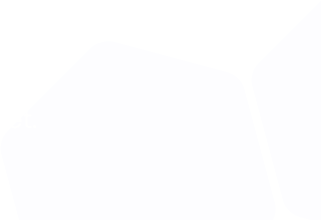 11 years of experience, 300 ongoing projects and a never-ending commitment to customer satisfaction...

We drive data to differentiate your eCommerce Store from that of your competition.

The Client: A US based eStore selling apparel, furniture and kitchen ware produced by leading American manufacturers.

Project requirements: The client was keen that his eStore bears an elegant look and he wanted only the best quality, aesthetically pleasing product images. Further, he wanted his product images to represent the actual product with the greatest fidelity. The apparel images, thus, had to be vivid enough to convey a feel of the texture of the fabric. The images also had to capture with one hundred per cent accuracy the very exact shade of the apparel colors. The furniture and kitchen ware images, on the other hand, were required to have a three dimensional feel. Also, all parts of the furniture and kitchen ware images needed to be evenly lit. The consistency of lighting was especially important with the kitchen ware images in order to enable the shoppers to make a fair estimate of their features.

Our Solution: We began by separating the apparel, furniture and kitchen ware images. Following this, we formed three teams of photo editors. The first took charge of the apparel images, the second of the furniture images and the third of the kitchen ware images. The team editing the apparel images made liberal use of the dodge, burn and sharpening tools on Photoshop to ensure that they vividly conveyed a sense of their texture. They also painstakingly corrected the light on each apparel image to ensure that colors were not distorted. The teams editing the furniture and kitchen ware images made the light on them consistent by using the shadow/highlight adjustment option on Photoshop. They also corrected the color and contrast on each image and created shadow effects on them. In the end, our photo editors extracted all three kinds of product images from their backgrounds using the Photoshop lasso tool. The extracted images were then grafted on uniformly colored backgrounds. The edited images were handed over to our image optimization specialists who ensured that they are of the right size and resolution. In the end, we gave every product image SEO friendly tags.